Role of the Mayor 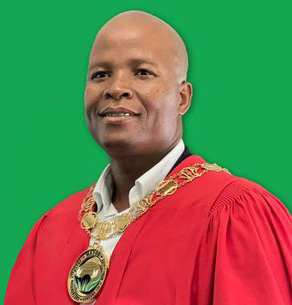 The roles and functions of the Mayor are set out in the Municipal Structures Act.

The mayor presides over meetings of the Executive Committee and performs functions assigned to him or her by the municipal council or the executive committee.

These duties include any ceremonial duties. The Municipal Manager is directly accountable to the mayor. The mayor appoints the municipal manager and heads of departments upon resolution of the council. One person may serve a maximum of two consecutive terms as mayor in the same council.

Vision
"By 2030 The people of Ndwedwe will have a prosperous and vibrant economy, where their aspirations as met”

Mission
"Our mission is to promote a quality and sustainable delivery of municipal services by::